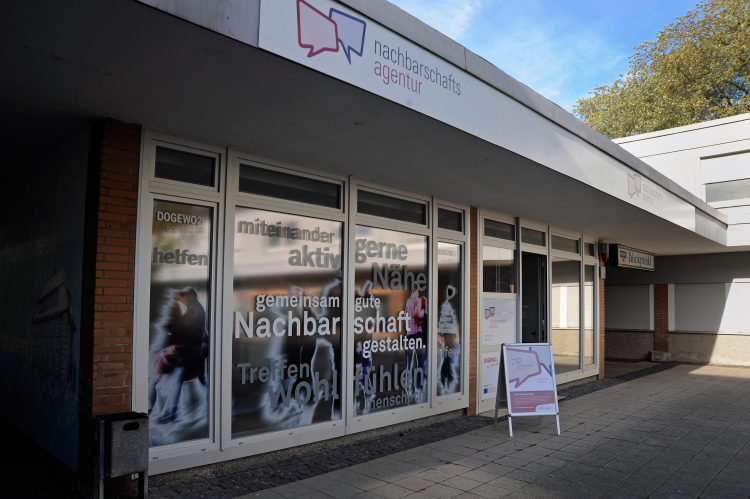 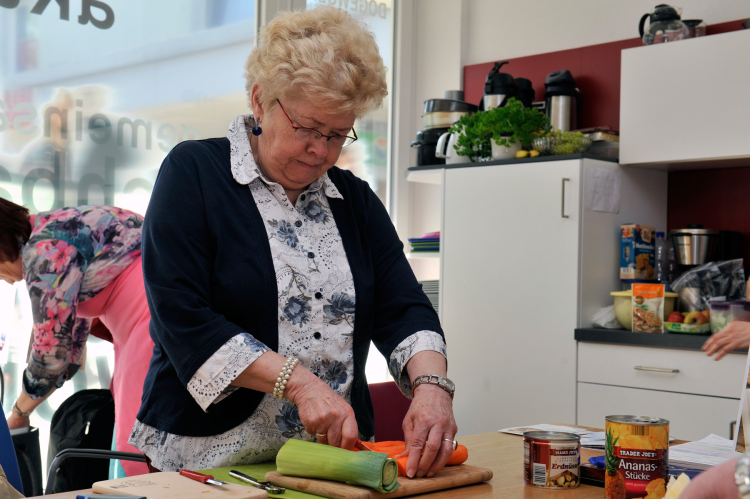 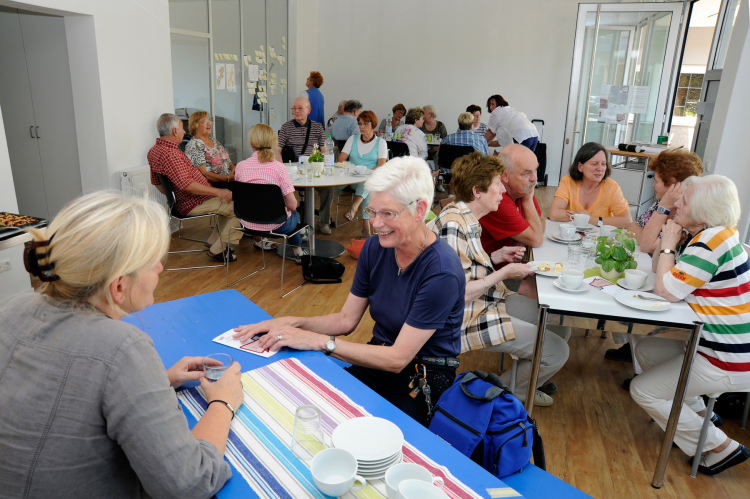 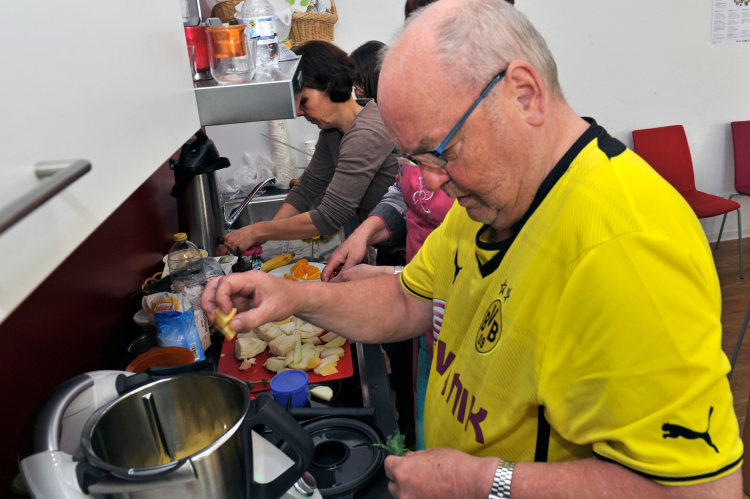 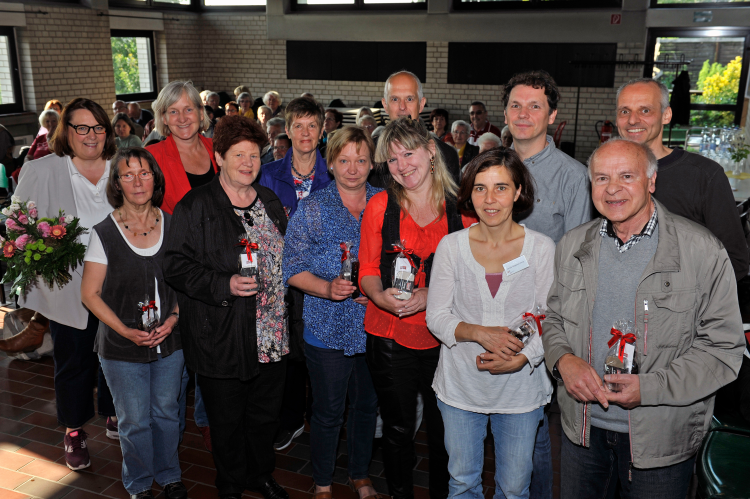 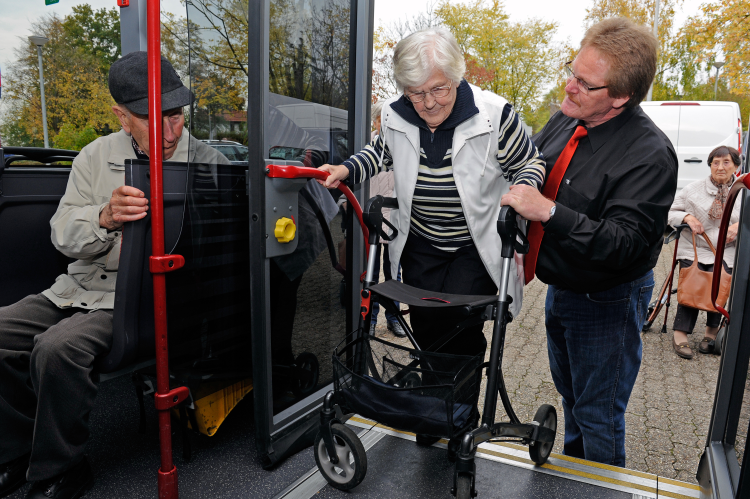 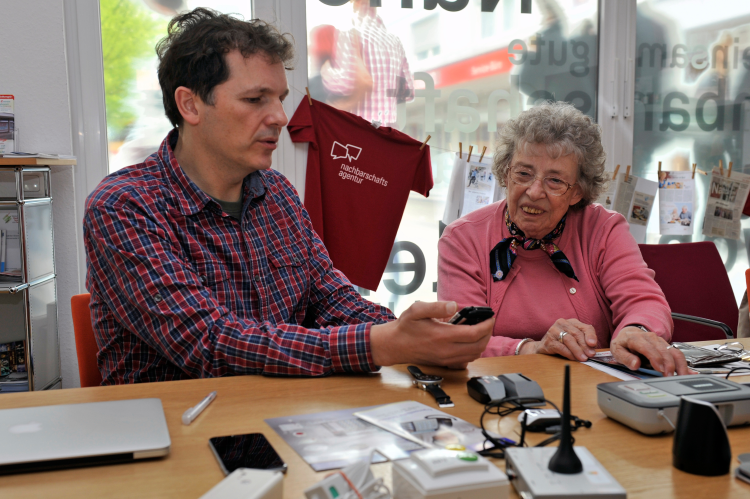 Providing affordable and up-to-date accomodation is of course the main task of our company. But as society changes and the percentage of the elderly grows we also have to have a close look at the social structures in our quarters. One of our core quarters is Dortmund-Löttringhausen (located in the south of Dortmund) with about 800 DOGEWO21 flats. All our buildings there were built in the early 1970s. Many of our tenants are 60+, a lot of them have been living there for some decades. But there are families and children as well. Here - as well as in other parts of the city - we observed more anonymity and weaker neighbourhood structures.

Together with our project partner Diakonisches Werk Dortmund und Lünen gGmbH we created the idea of a neigbourhood agency. This neigbourhood agency was supposed to be a meeting point for our tenants (and other people living around) and a platform to create and encourage tenants' activities.

When a small pizzeria in the shopping center closed we found the ideal location for this project. It provided enough rooms, a front with large windows to look in and an entrance easily accessible withour steps or barriers. Before promoting our idea, we had personal interviews with as many of our tenants as possible. We wanted to learn about their needs and wishes and what they were interested in. We found out that quite a lot of our tenants could very well imagine the idea of a neighbourhood agency. Some of them could imagine joining an activity, others were even interested in offering activities of their own.

Before starting work we invited all inhabitants of that quarter for an information meeting and involved the media and local politicians. We also found volunteers for an advisory tenants' board and our tenants elected the first "Akteursbeirat" (advisory board) to be involved in the project start. This board consists of seven members, each of them with a special focus (sports, culture, church etc.)

We had a public opening of the location, inviting everybody to come, look and get information.

We started of course with "easy to join" events such as coffee rounds etc. From the very beginning tenants were also offered information i.e. regarding health care, filling in forms etc. The first activities were initiated and led by the staff of Diakonisches Werk. But we succeeded in having more and more activities being run by volunteers themselves.

The "official" project startet in 2013 and ended in 2015. It was funded by the EU (EFRA) and the MGEPA (Ministry of Health, Emancipation, Care and Age, Northrhine Westfalia). Most of the costs were covered by DOGEWO21. It also included infomation on care issues for tenants (and their relatives) as well as a test center for AAL devices. From 2015 on DOGEWO21 covered all the costs (location, staff). But as more and more activities are run by the tenants themselves we could reduce paid working hours (2016: 1 Person, 19.5 hours/week) and of course costs.