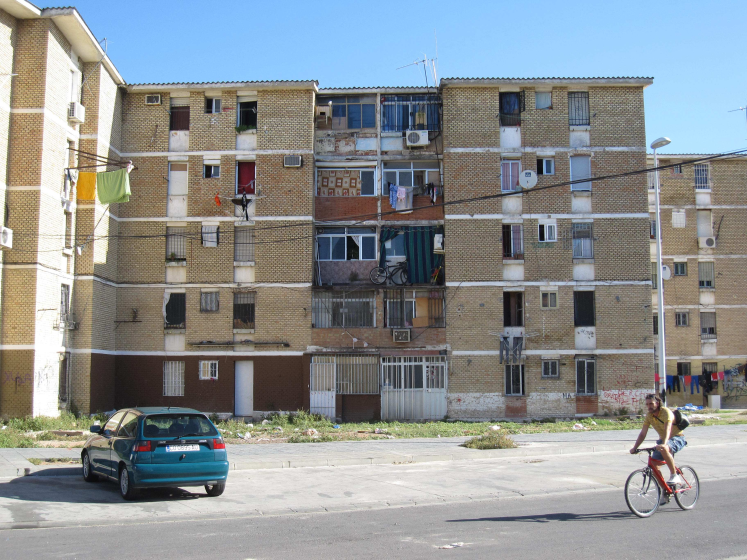 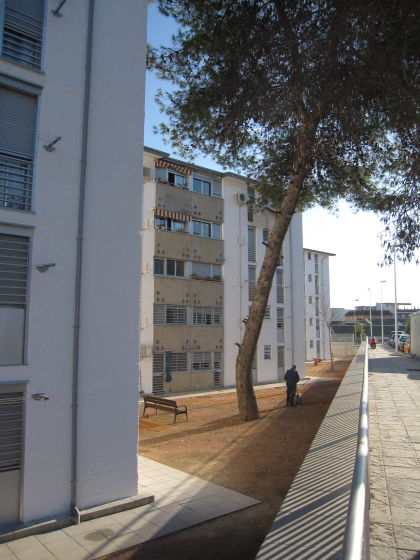 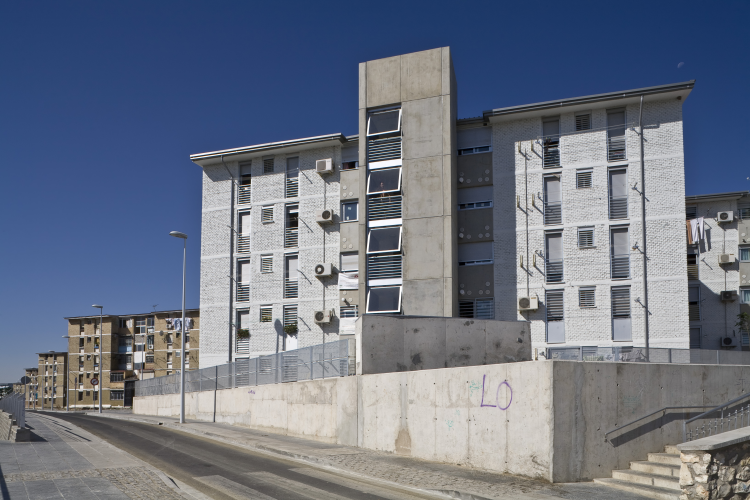 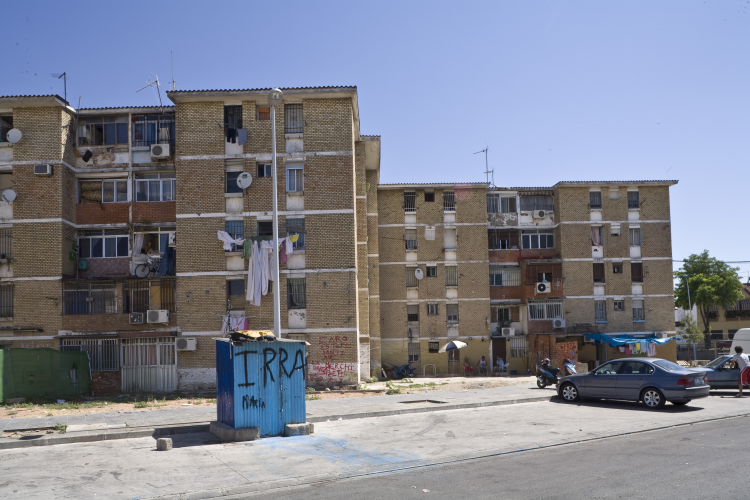 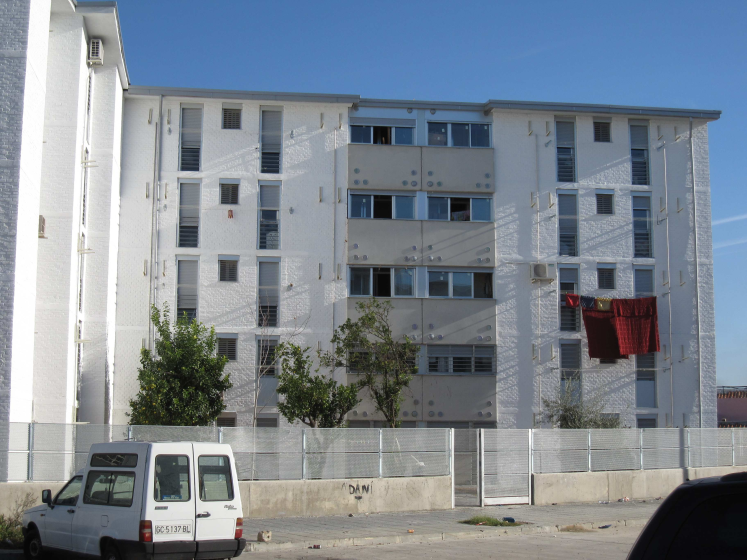 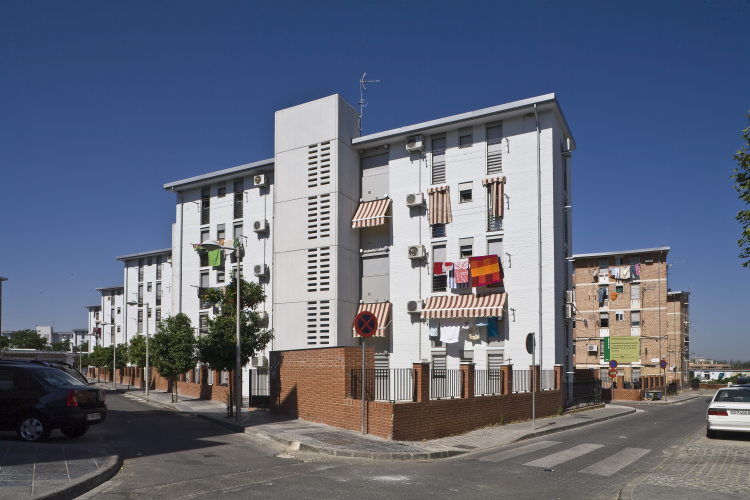 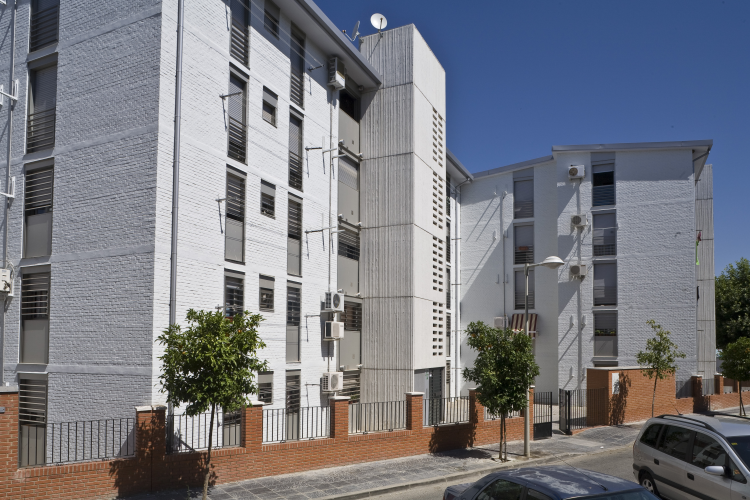 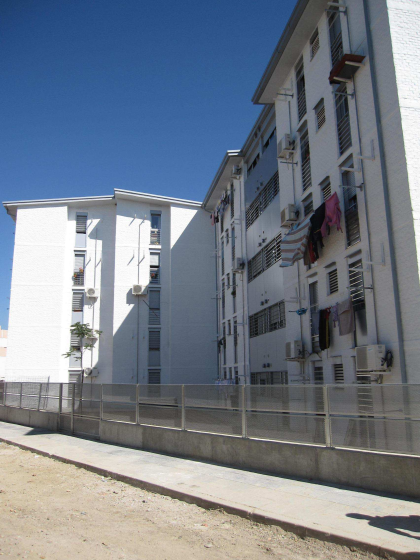 The intervention in the residential buildings (common elements and elevator installation), will be done keeping in the dwellings the resident population. This powerful condition has had a good effect in the planned solutions. Furthermore, all the interventions have been previously agreed with the Home Owners’ Associations and Neighbourhood Association in the area. They are described below:

1.- Substitution of existing prefabricated structure of conc all actions have been previously agreed with the Home Owners Association and neighbourhood associations in the area.rete with other based on sheet steel profiles with the adequate heat insulation.

2.- Instalation of elevator and restructuring of the staircase well, enabling the access to the large number of elderly residents. This new installation needs the substitution of the existing staircase well.

3.- Expansion of the useful area of the dwellings in 2.50 m2, using the existing inset section in the front and rear façade. That needs the previous demolition of the numerous illegal expansions done by the owners.

4.- Improvement of the sewage network substituting the drainage and horizontal system.

5.- New individual derivations of water and electricity, also centralization of electricity meters on the outside (previously installed inside the dwellings) and a new group of individual water meters (that could cancel the pre-existent, global meter).

6.- Refurbishing of the façades though the substitution of the woodwork and locks of the dwellings; TV antennae; clotheslines; air-conditioning systems; removal, with a previous underground setting, of electricity and phone lines; improvement of brick bonding and white paint treatment.

7.- Creation of a private, external space for the buildings, reducing in this way, most of all in Torremolinos Street, the very large and degraded pre-existing public space.

Along with the execution of these works we have developed specific programs focused on the creation and strengthening of neighbourhood associations in those cases where the social structure is inexistent or very basic, as well as with workshops that teach and encourage the proper maintenance of buildings. On the other side, in those works belonging to the 500 dwellings in the Torremolinos Street sector, the bidding of the works included terms for the winning companies that hire residents in the buildings to be refurbished.

We must highlight the work done in collaboration with “Obra Social Cordobesa Huertos Familiares”, developer in 1959 of 500 dwellings in Torremolinos Street. In 2004 those dwellings not even had a new construction and horizontal division deed, because of neglect the number of dwellings occupied irregularly was very high. After the reparcelling that had to separate the residential lots of the existing road network and other public spaces, we drawn and registered the new construction deed, developing along with the refurbishing works of the buildings the regularization process of the dwellings granted with deferred access. After the ending of the refurbishing works we have started the execution of the deed to those dwellers previously legalized.