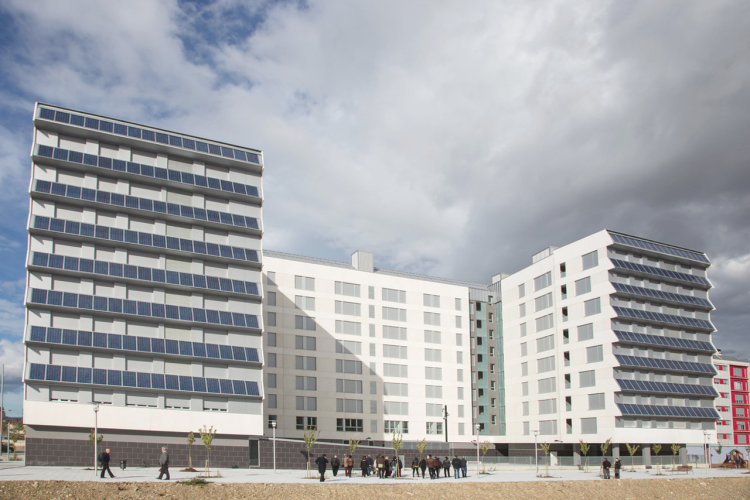 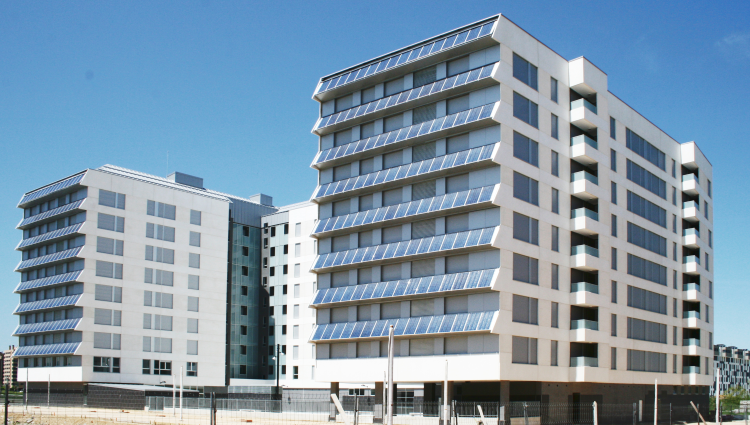 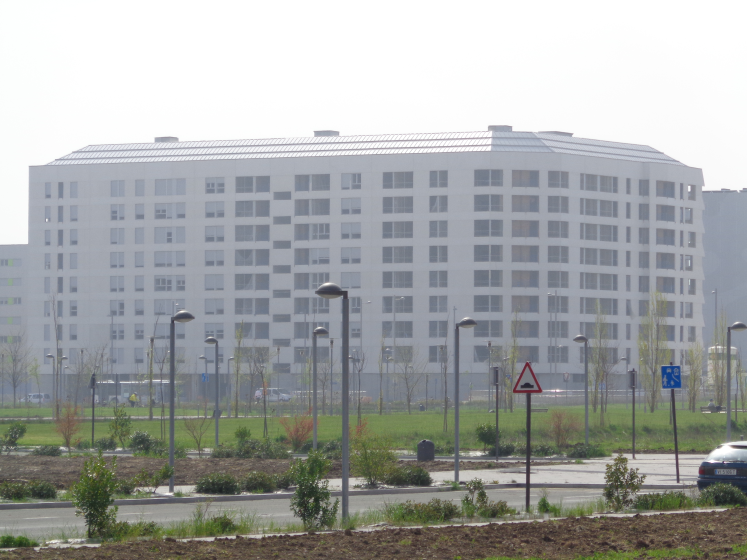 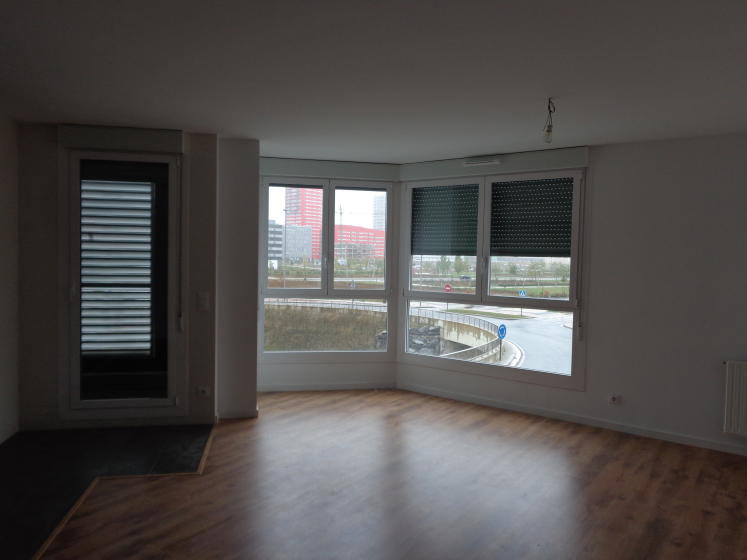 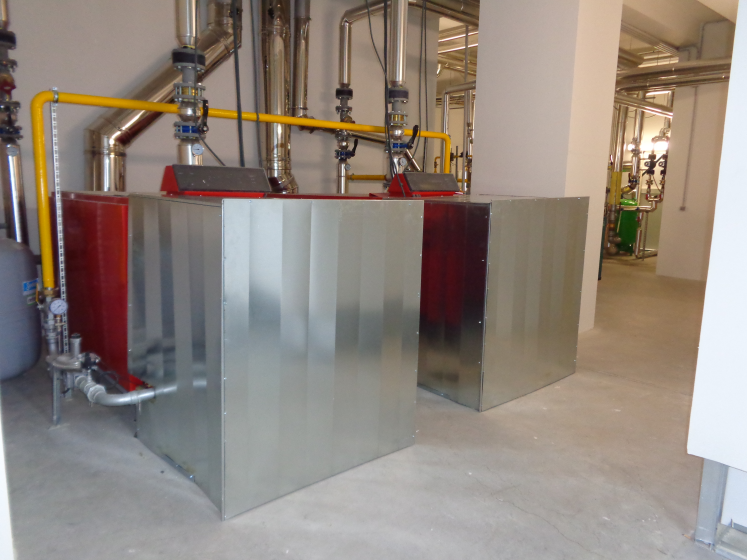 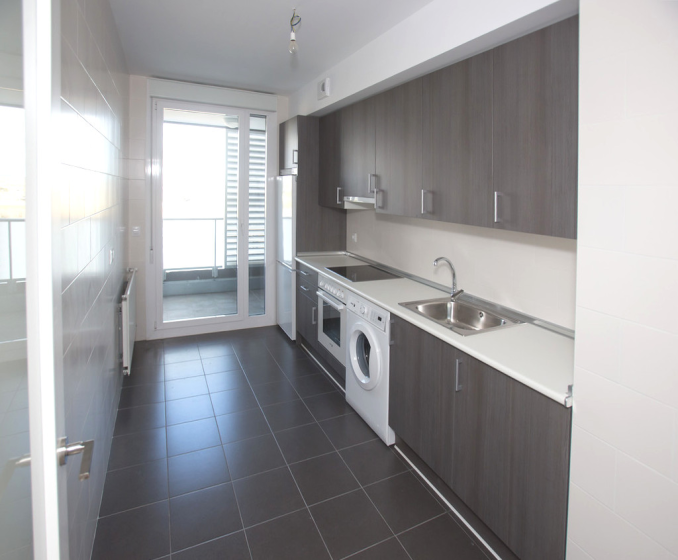 Visesa is a Public Company belonging to the Department of Employment and Social Policies of the Basque Government and under the Housing Vice-Ministry, whose main objective consists of promoting quality subsidized housing for persons in need, thus contributing to the effort made by the Executive body to realize the right to a home for all social sectors. Visesa is also a reference in the development of public housing not only in the creation and building, but also from the viewpoint of innovation and sustainability, caring for the environment and particularly for the individual from any angle or perspective.

The development of 171 social dwellings for rent in Salburua has become a benchmark in the area of sustainable construction, thanks to its bioclimatic design and the integration of renewable energy sources.

This is a building with almost zero energy consumption, with execution costs (PEC 69,223.24 €/dwelling) similar to other protected housing developments, which has served as a pilot project from which conclusions may be drawn to implement in future VISESA housing developments.

The design and construction of the building has served as a demonstration of the European SME’s R&D project, which aims to be a replicable example of compliance with European Directives for 2020.

Thanks to this participation the project has had the guidance of leading European R&D companies and has been funded by the EU within the 7th Framework Programme CONCERTO initiative, which promotes the creation of sustainable urban developments.

The building is located in a newly created neighbourhood on the green ring that goes around the city Vitoria-Gasteiz. The plot of land has a large courtyard which is on the ground floor and becomes a private urban area for the use of the tenants, around which the building is articulated in a U shape, open to the south, thus improving both exposure to the sun and the ventilation of the housing.

Parallel to the final phase of the construction work and inauguration of the building, an Advanced Energy Management System was developed, which monitors collective and individual energy consumption and demand.

We should also mention the environmental considerations taken into account both on a Project level (detailed Assessment of the Sustainable Building Guide of the Autonomous Community of the Basque Country, in the final phase of the Execution Project and Final Works), and works level (required by certain environmental requisites and an assessment of other commitments by similar offers).

Social equipment is included in the construction (welfare flats) for people at risk of social exclusion.

We should also indicate the important campaign carried out to raise awareness about the development and how much it contributes to the world of housing developments from the point of view of sustainability and energy efficiency.