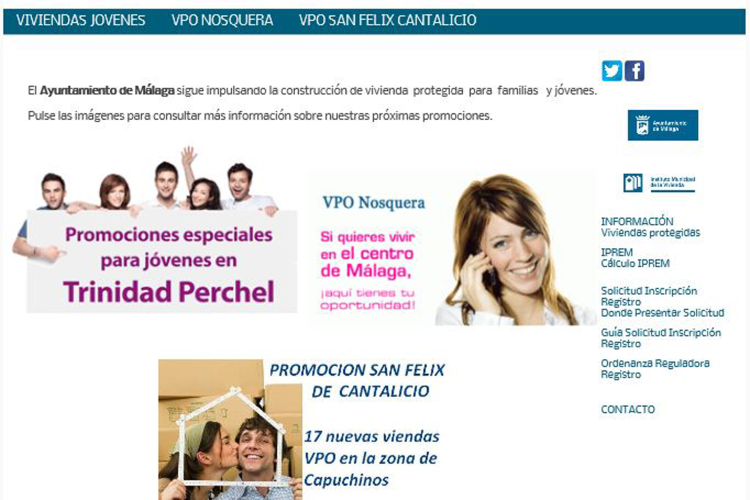 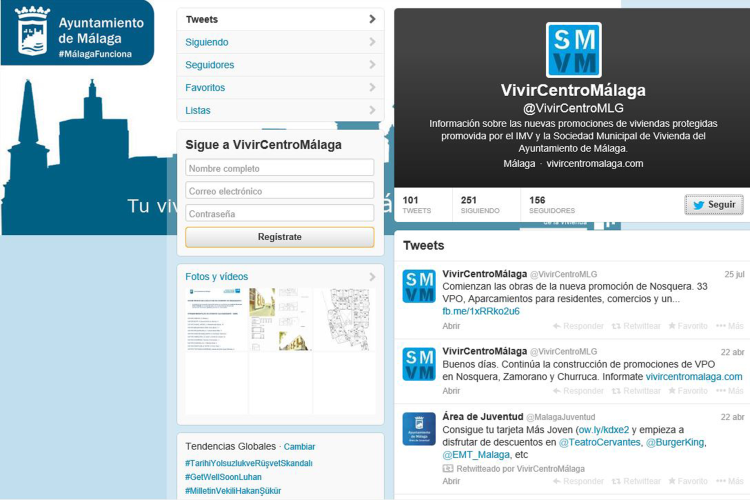 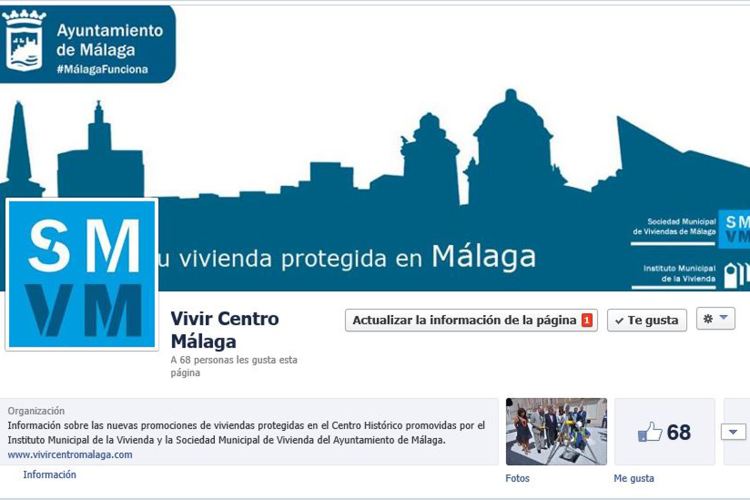 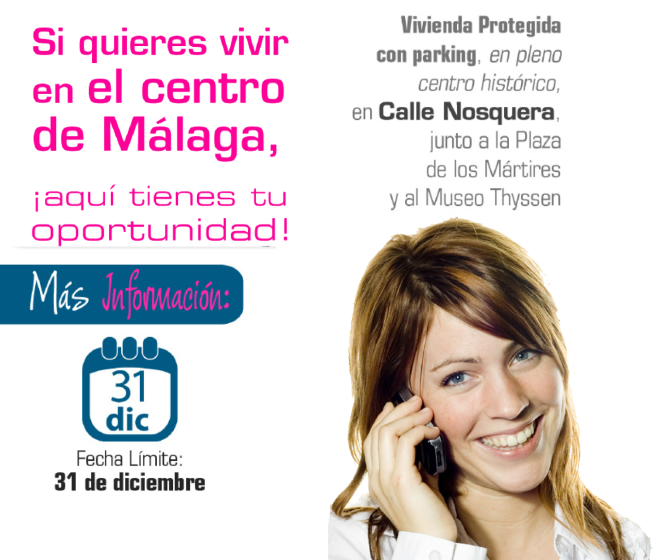 Preamble The Municipal Housing Corporation Malaga (SMVM), a public company for the Municipal Housing Institute of the City of Malaga, performs actions for the promotion of social housing. Since the municipal corporation has always promoted the dissemination of its activity as an important part of your responsibility as public administration and its commitment to the citizen in essential aspects such as transparency and access to information. This task is understood as a job constant and continuous applied to all actions performed or drives both the IMV as SMVM, whose approach meets the needs of communication and dissemination thereof. For the promotion of housing in the historic center of the city, SMVM devotes part of its efforts to inform citizens about their services, promotions, support and efforts of the housing stock since its inception. It uses all available tools from a standpoint of corporate communication, such as announcements and press releases, as well as channels such as advertising in multiple media, to ensure that the information reaches the greatest number of citizens. Moreover, these communication campaigns function as to value activities planned and developed by the IMV to Malaga society. All communication campaigns and actions that form, are in coordination with the Press Area of ​​the City of Malaga for their supervision and approval. The design, planning and execution of each of the campaigns carried out jointly by the City Council of Malaga, the IMV and external communication agency Communication Architecture. Introduction The communication campaign detailed below corresponds to the diffusion and enhancement of promotion aimed at young people under 35 malagueños driven by the city of Málaga and the Municipal Housing Institute through the Social Housing Society Municipal Housing Málaga (SMVM), a public entity under the Institute itself. The aim of this promotion is to facilitate access to housing new construction, whose only requirement to access it is to be registered in the Municipal Register of Claimants of subsidized housing. The development consists of a four storey building (ground floor plus three) housing 33 VPO of 1-3 bedrooms and 40-70 sq meters, storage, parking and Entrepreneurship Center. The homes are available in two forms: social rental or purchase. In the latter case, the minimum financial requirement is equal annual income once the indicator Public Multiple Effect Income (IPREM) and has a maximum annual income of 3.5 times this indicator. The building, located on 17th Street Nosquera includes 109 parking spaces in four underground levels, the first of which reserved for residents of homes. This promotion is framed in the Urban Initiative which involves the development of a Center for Entrepreneurship and called Street of Crafts, with the aim of becoming a meeting point for the development of new entrepreneurial projects and, while program fosters urban revitalization of this area. The requirement to be registered in the Municipal Register of Claimants to qualify for one of these homes raised the need to plan and develop a communication campaign with specific characteristics and adapted youth Malaga, as recipients of this initiative. 1. Facts 1.1 Name of the action: Campaign "Your house in the center of Malaga" 1.2 Description of the action: The communication campaign and publicity for the dissemination and valorisation of VPO promote youth in street Nosquera main objective was to inform young people malagueños of affordable housing initiative under the prerequisite of being registered in the Municipal Register Housing applicants before December 31, 2012. With this premise, various communication activities and publicity designed to reach the target audience the message clear, simple, direct and consistent with the profile of the target audience: "If you want to live in the center of Malaga, here's your chance" The main message was accompanied by all the detailed information on the characteristics of the promotion: location, square footage, bedrooms, number of dwellings, parking, storage, Center for Entrepreneurship and Crafts Street. All this, with special attention to the requirement for access or request. The visual and creative aspect of the campaign was used as reinforcement to capture the attention of young audiences. Fresh and simple elements, always at the service of information design photographs of young people were used to customize the message and influence potential recipients of housing, as well. To carry out the campaign or media channels on line and off line were determined, along with direct to ensure complete spreading the message and ensure interaction with the target audience shares.