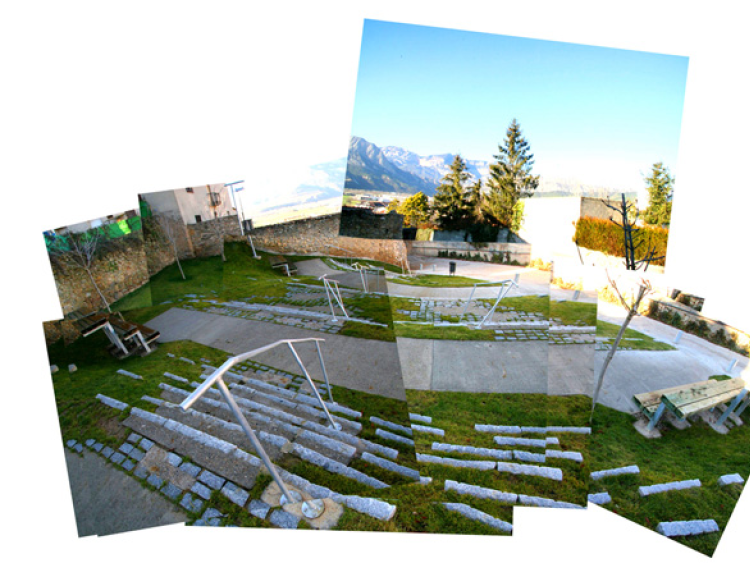 The Prize, a biennial basis, allows the participation of completed jobs between January 2008 and December 2014, provided that the project is based on a heritage intervention.

In order to disclose all the architectural works that contribute to the preservation of collective memory, the Prize aims to establish itself as a catalyst and observatory adds new challenges globalization of contemporary architecture, conservation and intervention of built heritage

To conclude this 2nd edition, one awards ceremony, which will be included in the framework of the International Biennial of Architectural Heritage to be held in Barcelona in June will be held.

Winner 1st edition of the European Prize for Intervention in the Architectural Heritage AADIPA: THREE PLACES IN OLIANA by Joaquín Pérez Sánchez and Eva Girona Cabre

This 2nd edition is divided into 4 categories:

- CATEGORY A: INTERVENTION IN BUILT HERITAGE

All those architectural, permanent or ephemeral interventions in architectural properties of heritage interest.

All those interventions in historic public space environments monuments and cultural landscapes.

All those planning work aimed at the protection, conservation and enhancement of the architectural heritage.

All initiatives, activities and actions that are aimed at disseminating the values ​​of architectural heritage.

- June 2015: Jury's decision and award ceremony (date to be confirmed)