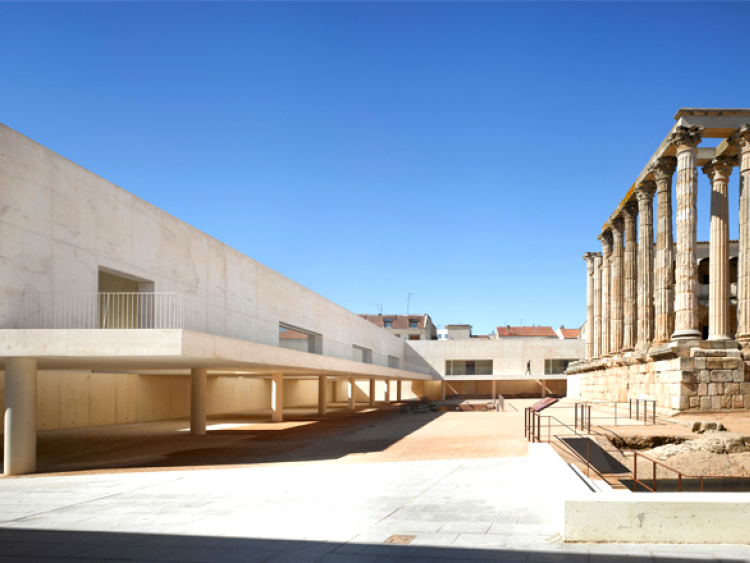 As is customary in the Award, it was announced the book catalog in its 512 pages collecting all the winning works, finalists or special architectural interest selected format.

The jury praised "the work resolves the meeting of the traces of the city of Mérida and the Roman temple of Diana by using a scale and a very successful character. The project demonstrates the possibilities of contemporary architecture to retrieve a particular historical context and to provide a valuable way to understand it. In addition to making available the city different spaces for new uses. "

The jury itself has shown "that it is a work that responds with great interest to the difficulties offered by the site and program, through sound composition volumes and suggestive use of materials. Also solves so very successful integration with the existing building and the public space. "

For the other finalists: