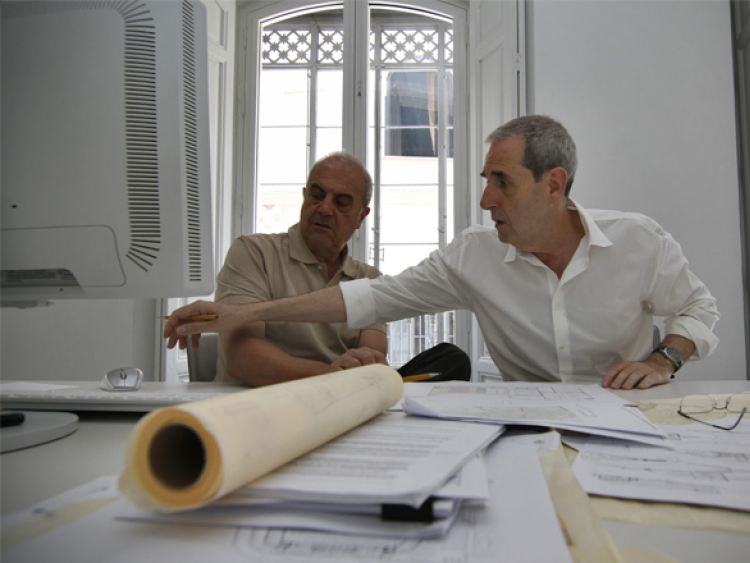 The architects Antonio Cruz and Antonio Ortiz be appointed Knights of the Royal Order of the Netherlands Lion for his Remodeling the Rijksmuseum in Amsterdam.

The distinction, granted by King William Alexander, is the most prestigious and oldest civil order of the Netherlands and honor those who stand out for their extraordinary contribution to Dutch society.

According to the Embassy of Netherlands losPaíses: "It's time to pay tribute to the architects of the renovation of the Rijksmuseum in Amsterdam excellent work."

Not only the Dutch project loan institutions, Cruz and Ortiz have been praised by national and international criticism, and last but not least, data accompanying museum successful architectural intervention, receiving 2.8 million visitors (exceeding the percentage of national public abroad for the first time in years).

Seville architects receive award from Cornelis van Rij (Ambassador of the Kingdom of the Netherlands in Spain) on April 22, at the Circulo de Bellas Artes de Madrid. Prior to the ceremony, a roundtable with the participation of Luis Fernández-Galiano (architect and director of the magazine Arquitectura Viva), Jo Coenen (ex architect of State) and Wim Pibes (director of the Rijksmuseum) will be held. Will take place the day before the event, the screening of the documentary The New Rijksmuseum director wek Hoogendijk.